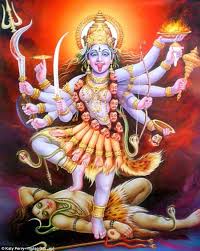 “Growing up, the silencing of my voice by patriarchal authority opened my eyes to injustice and oppression, embracing unexpectedly the healing power of the sacred feminine symbolized by the serpent—more about this story in my upcoming book, “Nideaquínideallá, I’m from the Borderlands: A Goddess Journey from Trauma to Rebirth”

“Go ahead and look for your sister,” my mother asked my brother Jorge.

The process of shedding turned snakes into symbols of legends and myths representing neurosis, healing, initiation, death, transformation, wisdom and rebirth. I anticipated the power of the serpent goddess and her many polymorphic and multidimensional manifestations in my life. It would be some time though before the new skin was ready for the world, shameless and free, growing instead a strong woman Self that some day would face my father’s authority, or better yet, how to let go of family and ancestral conditioning.

I met my brother playing outside, and we carried on our usual children’s games.

He warned me about my father still being angry, so we went to the back of the house and ate some oranges from the trees.

I’ve held on to this traumatic experience for most of the years I lived abroad, sometimes in the foreground, sometimes buried deep down. I came to see my own affliction with patriarchal authority in the immigrant women I met years later in New York City when working in the Dominican neighborhood of Washington Heights.

Here I met Paulina, Carmen, Altagracia, Maria, Mercedes and Belkis, women in their forties who had powerful stories of family, displacement and survival. I was still in my twenties then, but they left an impression on me. We had in common the pain that was rooted in centuries of devaluation of female power and distrust of the feminine–its wisdom and knowledge.

Like a snake coiled up, it took me another twenty years however to acknowledge my own struggle, from a broader female lenses, in my own soul’s path, reimagining the power of the serpent and its feminine symbol of transformation and rebirth.

Because these cookies are strictly necessary to deliver the website, you cannot refuse them without impacting how our site functions. You can block or delete them by changing your browser settings and force blocking all cookies on this website.

We also use different external services like Google Webfonts, Google Maps and external Video providers. Since these providers may collect personal data like your IP address we allow you to block them here. Please be aware that this might heavily reduce the functionality and appearance of our site. Changes will take effect once you reload the page.